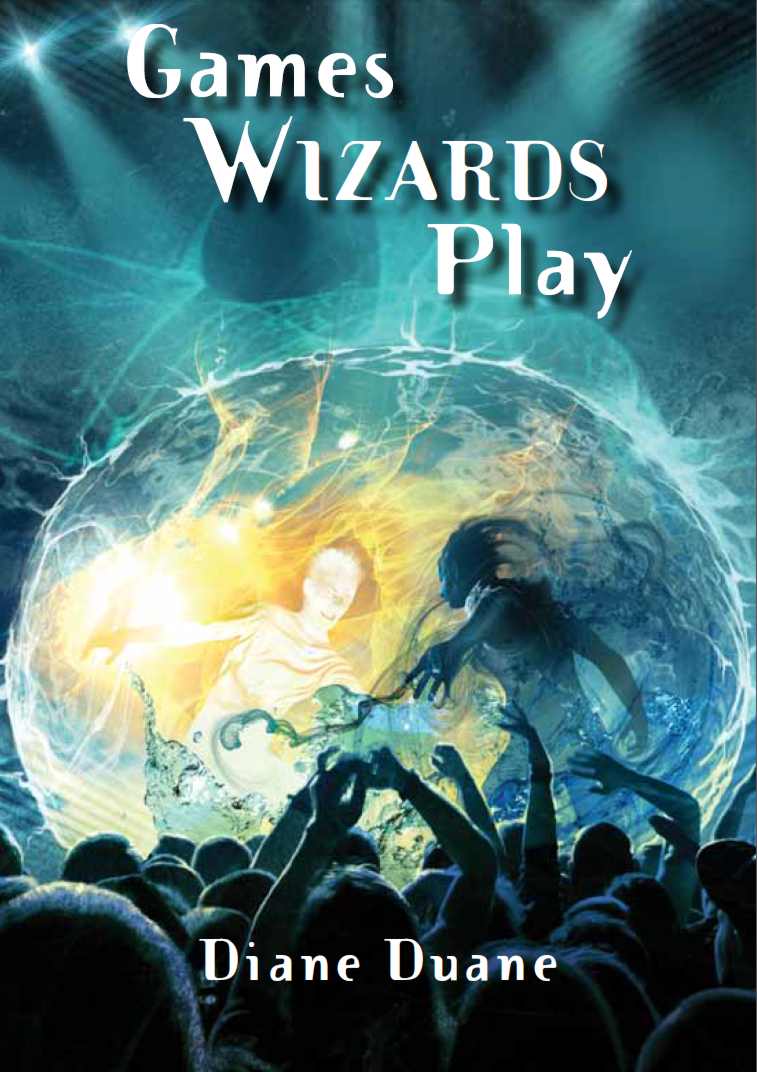 So here’s the cover of Games Wizards Play, which comes out on February 2, 2016, and is now available for pre-order at Amazon.com. (The cover artist is our old friend Cliff Nielsen.)

And if you need to get caught up with the series while you’re waiting for the hardcover: until May 17th we’re having a 50% off sale on the 9-book box set of the Young Wizards New Millennium Editions. (GWP slots neatly into the new NME timeline, taking place in the spring of 2011.)

Every eleven years, Earth’s senior wizards hold the Invitational: an intensive three-week event where the planet’s newest, sharpest young wizards show off their best and hottest spells. Wizardly partners Kit Rodriguez and Nita Callahan, and Nita’s sister, former wizard-prodigy Dairine Callahan, are drafted in to mentor two brilliant and difficult cases: for Nita and Kit, there’s Penn Shao-Feng, a would-be sun technician with a dangerous new take on managing solar weather; and for Dairine, there’s shy young Mehrnaz Farrahi, an Iranian wizard-girl trying to specialize in defusing earthquakes while struggling with a toxic extended wizardly family that demands she perform to their expectations.

Together they’re plunged into a whirlwind of cutthroat competition and ruthless judging. Penn’s egotistical attitude toward his mentors complicates matters as the pair tries to negotiate their burgeoning romance. Meanwhile, Dairine struggles to stabilize her hero-worshipping, insecure protégée against the interference of powerful relatives using her to further their own tangled agendas. When both candidates make it through to the finals stage on the dark side of the Moon, they and their mentors are flung into a final conflict that could change the solar system for the better…

…or damage Earth beyond even wizardly repair.